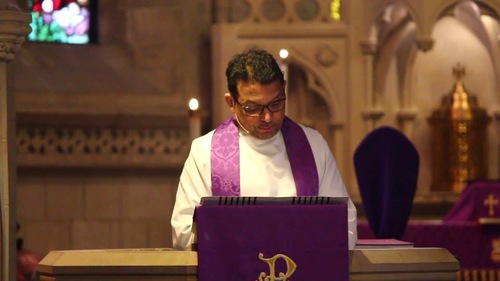 The Rev. Dr. Koshy Mathews, our Interim Rector, was born in Kerala, India and raised in the Mar Thoma tradition of the Eastern Orthodox Church. After coming to the United States in the early 1970s, he received his Master of Divinity degree from Princeton Theological Seminary, Master of Education from Harvard Graduate School of Education and Doctor of Ministry from Episcopal Divinity School, Cambridge, Massachusetts. He received Episcopal ordination as a Deacon in 2001 and a Priest in 2002 in Massachusetts. He then served as interim priest at Epiphany Parish, Walpole and St. Chrysostom, Wollaston, and as associate rector at Christ Church, Needham in the Massachusetts diocese. Rev. Koshy retired from St. Peter’s Episcopal Church in Phoenixville in 2019 after 13 years as their Rector.

He and his wife Susan have two grown children: Ranjit, who with his wife Johanna and grandson Dhruv, in December 2017 became Rector of St. James Episcopal Church in New London, Connecticut. His daughter, Manju, lives in Concord, California, where she works as a Clinical Social Worker.

Subscribe to receive email updates with the latest news.

Jim DiPlacido 5star
When I first came here I didn’t know anyone. I felt so... Read More